At my current job we were looking at new ways to load test user journeys.

As some of our code base is nodejs we looked at tools that would allow us to dog feed into existing libraries and make it as easy as possible to add tests.

We found K6 allowed us to write ES6 JS.

A journey represents a list of requests for a user story, they might or might not belong to the team as it represents a whole interaction.

An example would be: 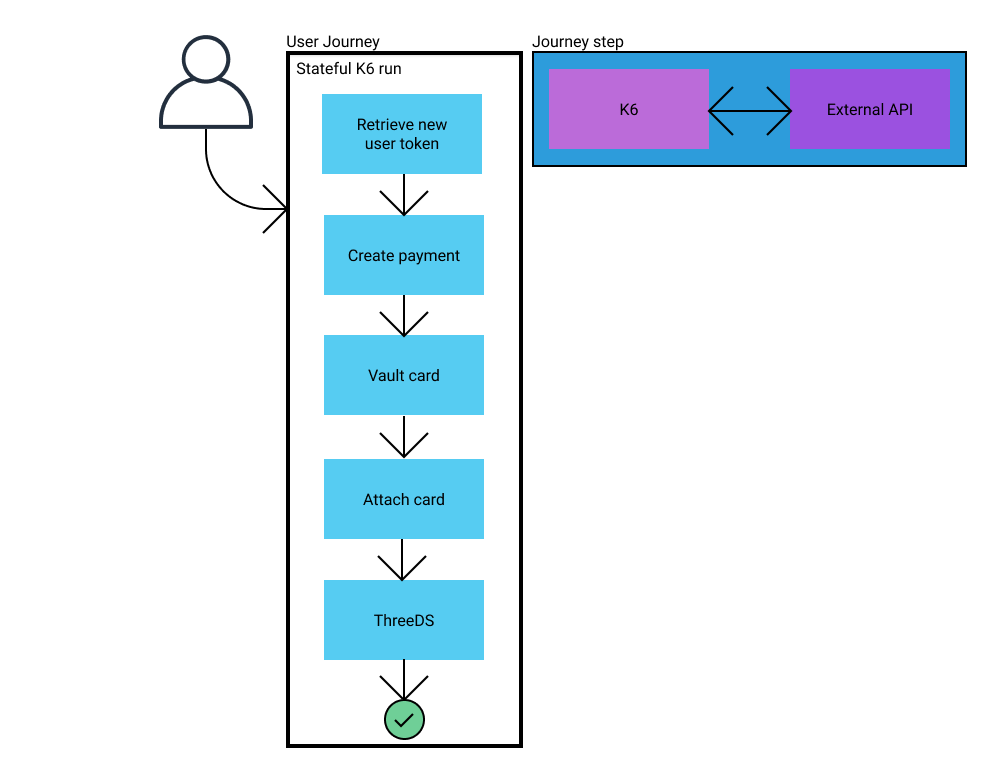 Most APIs here belong to our teams but we do have external dependencies like Merchant Acquirers e.g. Worldpay

Because of this we run each journey under two options, internal and external.

With the K6 configuration we can have a flexible ramp up and slow down.

K6 has the concept of Virtual Users - each user (actor) is somewhere along the journey and a specific amount of users is running at any given time.

When developing a new feature a new “k6 journey” is also added as well as the above configuration.

We run the new journey along with all existing journeys in the CI for regression purposes.

By often running the load tests alongside the new feature we ensure some of the performance requirements - even though that they don’t mimic production.